Communication is an integral part of the human experience and one thing that binds us together. It unites and divides us and forms an important aspect of a person's culture and history. The ability to communicate is vital but is something that is often lost when travelling to a foreign country. China and its communication, both verbal and physical, are so different to English.

Intercultural communication is, to me, a phrase donating the ability to communicate between two peoples of differing cultural norms; more than simple language comprehension. It extends to methods of communication and includes the vital and oft complex hidden world of non-verbal communication. Whilst language is the predominant feature it is this hidden world that tells you more about a person and has the greater tendency towards faux pas.

It therefore should be expected that when talking about communication that that of a hospital, and other specialist subjects, have differing linguistic qualities than that of ‘conversational' Chinese. As such, my story and experience will differ markedly and have a different focus than that of another person. Any complications can be largely minimal as knowledge and understanding are more important from my observational role. There was little communication between myself and patients where the art of information giving is more sensitive and requires a greater degree of scrutiny.

It has been said that ‘If you talk to a man in a language he understands, that goes to his head. If you talk to him in his language, that goes to his heart. ' A famous quote by Nelson Mandela and one that highlights the importance and impact of language on the individual; language is at the heart of who we are and unites. Such an exemplification is shown through my use of the language. In cases where I have used Chinese to communicate there has been a greater acceptance on the other behalf, welcoming me in and embracing the similarities. Whilst not intentional, it occurs and shows the power of language in creating these groups.

Chinese is a collection of dialects and history that are centuries old. It represents the past; the culture and the norms of a large collection of people that, whilst residing in one country, have a multitude of unique cultures. It therefore acts as a unifying presence to bind its people together. This binding is so strong that its impact can be felt overseas in the communities of Chinese descent, as well as those who study abroad. Of course, such evidence of this is seen through travel and times abroad.

China, for all its beauty, has a difficult and confusing language system that is based on tones and characters as opposed to my own natural English of Latin. Chinese is a beautiful language to me. I see it as communication on a basis level that has developed sufficiently into an effective mode of talking. A classic example, and one which the Chinese doctors found funny, is the word for elephant. How does the combination of ‘big' and ‘image' come together to form that word? Only through experience can one grapple with the makeup of the Chinese language and its role within my story of intercultural communication.

The language of Chinese, particularly in a hospital setting, follows suit of ideas placed together. This shows the development of a compound language, in a logical setting, but using new and confusing words. This works in a similar vein, that of its English counterpart; the learning of a new language that is similar but different to the host language. The language of medicine and Chinese/English are vastly different and relies upon the underlying disease process, as the words are descriptive more often than not, to have a degree of comprehension.

Medical Chinese is different to Chinese and extends beyond the wording. This is no conversational aspect discussing the price of fruit but rather the effects of hospitalisation and disease process. There is a formality and dance to history taking which is found here, a chance for the gaining of information and evaluation whilst alleviating fears and concerns. A degree of professionalism in communication is a key part of the process where the culture of layman meets the professional.

Such events remind me of similar struggles in England with regional dialects. In places, most notably where my university resides, the accent and slang can be impenetrable to me such that it feels like a separate language.  Such challenges, therefore, are not unique to one language but are heightened when I am trying to learn the language and yet have a masterful grasp on the concepts of Chinese. While many Chinese may struggle to understand accents that are broader or harsher than my own, added with the relative speed at which native English speaks pronounce their words at the same time. Therefore only experience and practise are able to break down this barrier.

The final part of the story, and one that showcases the ability to communicate without the use of language, takes place in the non-verbal world. These are non-linguistic parts that I, as a foreigner, frequently stumble into but appear to be easier to both understand and implement. They are, after all, gestures or actions as opposed to language but still convey the same depth of history and culture that differs so greatly from my own.

What is interesting to note is that these ‘things' will differ from person to person often as a result of their own upbringing, even within China. In these instances, both non-local Chinese and I can learn simultaneously. This permits a degree of communication about upbringing and what is expected in these moments; paying respect to one's own heritage and I to theirs. Respecting in these scenarios is a form of communication towards their culture and one that permits deeper immersion and willingness to learn. As can be seen, this in itself is a communication that goes beyond words and is enacted on an almost unconscious level.

Thus it seems that my story of intercultural communication is that of a long and continuous learning experience. It is an experience that can only be gained through direct observation and practise. It remains though that having an ability to communicate across the cultures, particularly one that is so different to my own, having a lasting effect on the overall experience that can be had. 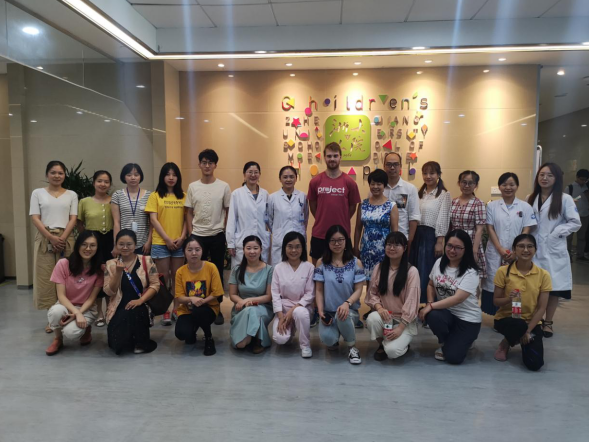